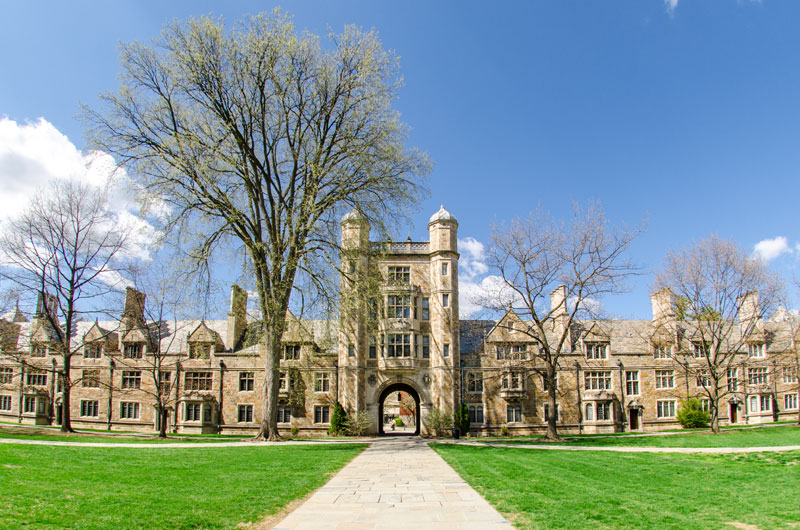 How hard is law school, really? This is the question many prospective students ask themselves before ever studying for the LSAT or ever visiting a law school campus. For some, the answer to this question may determine whether attending a law school is the right choice. For others, the question is meant to assess the amount of study and work needed to achieve good grades that will lead to a successful legal career.

Perhaps the simplest answer to this question, despite being surface level in nature, is revealed by a look at the available data.

Despite this fact, the ABA has compiled data from 1981-2020 concerning law student attrition. Each year, thousands of students drop out, and 2020 — the most recent year on record — saw more than 6,000 students drop out nationwide. Beyond this data, anyone who has attended such a law school will be the first to tell you dropouts are far from uncommon. Don’t assume, however, that students are dropping out due to the difficulty, necessarily. There are a wide range of reasons why a law school student might choose to drop out, such as:

The reasons for dropping out are simply too diverse and dependent on the individual student’s circumstances to pin dropout rates on law school difficulty. Instead of looking purely at dropout rates, a more instructive exercise is to look at precisely what many students find to be difficult during their time in law school.

One of the most difficult aspects of law school for many students is how much reading is required. In every 1L course, professors will expect you to read several cases quickly, preparing you for the next class discussion.

If you have not read those courses, it can lead to embarrassment when the professor “cold calls” you and asks you to explain the case to the rest of the class. Beyond embarrassment, which can be difficult in its own right, failing to read the material puts you behind the curve.

Do this in one or more courses, and you are at a competitive disadvantage when it comes to taking notes and comprehending the material that will likely relate to the final exam in some way.

The high-pressure environment and fast learning pace of law school challenges the best of law school students. Get cold called and embarrass yourself as you stumble over the case, and it is difficult to not feel the embarrassment or lack of self-confidence begin to creep into your psyche.

Law school often seems hard because it makes students feel stupid or less than adequate on a regular basis. Make sure you don’t fall prey to this mentality. You are simply grappling with the law as a 1L student who is learning like everyone else.

Try not to compare yourself to the student who always seems to have the perfect answer on cold calls or when volunteering an answer. They will have their moment of looking silly, rest assured, and the so-called “genius” in your section may not write articulately when the final exam rolls around.

The simplest advice is to stay in your lane and focus on improving your knowledge as a law student. That is the only thing you can control, after all, so remind yourself that being wrong regularly is simply part and parcel of becoming a knowledgeable law student and future lawyer. Keeping a positive mindset is generally one of the best ways to demystify law school and take away much of its difficulty.

Heard of the Curve? If Not, Ask a Law Student

Before law school, it is unlikely you were graded on a curve during your undergraduate studies. The word curve is perhaps the most hated word for the 1L law school student.

Students in law school are graded on a bell curve, meaning that getting a good grade is not dependent on writing a competent final exam. Nearly every student will write a competent exam at the very least, but that only compounds the difficulty with a curve-based grading system.

Law school students are graded based on performance relative to their peers. In essence, law students are competing with one another, which is what breeds the intensely competitive law school environment.

The reality of this grading system is that failing to work as hard as your peers means you are likely to be outperformed when final grades are revealed. This, in turn, negatively affects your ability to find a good job on the basis of your grades. This fact alone has caused many a 1L to drop out after the first semester of first year grades are finalized.

While the curve is arguably the defining aspect that makes law school more difficult than any schooling you have had previously, it is far from insurmountable.

Why Law School Is Not That Difficult

Like most things in life, law school is what you make of it. One of the most important things you can do — aside from your own time management and diligent studying — is surrounding yourself with good people.

1L is difficult, but the internships during the summer and the clinics you will take on as the years roll by are no picnic, either. Having friends who will be your allies when it comes time to form a study group, socialize or de-stress will be the best decision you make. And, once you graduate, these same friends you took time to go out to the bar with during bar review will become an integral part of your network.

The bottom line is difficult things become markedly less so when you take the journey with good people. Combine a good network with your own natural curiosity for the law and hard work, and you are well on your way towards removing much of law school’s inherent difficulty.

Sure, the finals cram will never be a breeze, but you may even come to enjoy the camaraderie of a late night study session with peers. When you have been struggling to master a legal concept all semester, having the “Eureka!” moment just days before the exam is incredibly satisfying if you love learning the law.

David Farber is a 2015 law school graduate from the Benjamin N. Cardozo School of Law in New York City. He enjoys writing about the law and giving practical, actionable advice to prospective and current law school students.