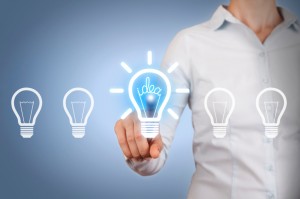 As patent attorneys or patent agents, a part of your job is to generate a prosecution strategy that is favorable to your client. Strategy comes in many different forms; for instance, different types of claims protect different aspects of an invention: method of using, method of making, apparatus, system, computer-readable medium. So it is important for you to know what is important to your client. What are they trying to protect? Who are the likely infringers? How can they enforce the patent? All of the aforementioned questions should be discussed with your client.  However, all too often, patent practitioners get so caught up in the legal aspects of patent preparation & prosecution that they fail to give proper considerations to the business considerations of their client.

Patent preparation is not a one-size fits all profession.  Inherently, each new patent application that you draft should be new and novel from any others and should probably encompass a different strategy. The size of your client should also determine your advice.  Is the client a start-up looking to protect the technology that is essential to their core business, or are they a large corporation where the focus is to increase their patent portfolio numbers?  In the latter situation, quantity over quality may make sense, but in the former situation, the start-up will definitely need a quality patent to help establish their market position.

So how do you determine quality?  Well, there are several factors that go into assessing patent quality, but one of the most obvious factors is claim breadth, since claims are the most important part of the application, relatively speaking. I like to say that everything is patentable to a certain degree, meaning that if you narrow the claims considerably, then you will probably receive a patent. However, a lot of inventors fail to realize that not all patents are created equal, and just because you have a patent, doesn’t mean that you have something that is worth the paper it’s written on.  The question should be asked, is the patent marketable? Obviously, broad diverse claims are what everyone is looking for, but broad diverse claims generally conflict with prior art, thereby necessitating claim amendments to further refine the invention and narrow the claim scope.

Conversely, the more you narrow the claims, the less potential for someone to infringe.  But why do you want someone to infringe?  Well, if someone has to infringe your client’s patent to get into the market, then your client can generate additional revenue in licensing or they can create a barrier for others to enter into the market and assure that they are the sole provider of that technology.  Consequently, patentability is inversely proportional to marketability.  The more you narrow the claims to circumvent prior art, the less of a chance there is that someone will actually infringe the patent.  Remember, inventors don’t need a patent to practice an idea; they need a patent to prevent others from making, using, or selling their idea.

Therefore, a patent practitioner has to understand the balance between patentability and marketability and allow that to drive his/her prosecution decisions.  Ultimately, he/she will have to narrow the claim scope, which is not necessarily a bad thing because it can make the patent stronger by delineating it from prior art.  However, I’ve seen patents that were given a first action allowance, which can generally mean that the patent practitioner threw everything but the kitchen sink into the claims, inevitably narrowing the claim scope beyond any potential prior art.  So yes, the inventor received a patent, but it wasn’t worth anything.  The claims were so narrow that no one would ever infringe the patent, so the patent was essentially worthless.

Generally speaking, your claims should be just broad enough to overlap the prior art, understanding that you will have to invariably limit the claim scope during prosecution.  Once again, this should be a strategic decision.  Patent practitioners should try to make meaningful amendments that a potential infringer would actually infringe.  For instance, if you’re drafting a patent application for a chair and you place in the claim that the chair is a red chair, you should ask yourself, “is a red chair marketable”. If the market is dictating that it likes blue chairs, then a red chair may never be infringed, unless you’re making a bet that at some point in time red chairs will be in and blue chairs will be out.  So, unless that bet comes true, a claim limitation comprising a red chair may not be a good one. Obviously, these are discussions that need to be had with the inventor during prosecution, but all too often these types of conversations do not happen.  Especially taking into consideration that the patent process is at least 2-3 years long and what an inventor wants to protect today may not be the same by the time the application is actually being prosecuted.

Referring to our example above, maybe the application was filed with claims geared towards a red chair, but after a year of selling and marketing the product the inventor realizes that blue chairs are what everyone wants.  However, unless the inventor communicates this change in strategy to his/her patent practitioner, then the patent practitioner will continue to draft the claims towards the red chair instead of taking into account the new market strategy of the inventor.  Now obviously the inventor could possibly go back and claim the blue chair in a continuation application, but the question of whether the inventor will even want to file a continuation application, or have the money to do so, is a yet again a strategy based question.  If it is a small inventor stretched for financial resources, then they may not have the ability to file a continuation application to carve out additional protection, so they will need to make the initial application count the most.  However, if the inventor is looking at increasing patent numbers as a part of their patent portfolio strategy, then they may want to file continuation applications on a blue chair, a green chair, a yellow chair, etc; obviously assuming that there is support for these alternate embodiments within the original specification.  In effectively advocating for your client, the aforementioned strategic decisions are just the tip of the iceberg, which is why the best patent practitioners also understand the business of patents.

Braxton Davis is the founder of the Patent Institute of Training offering online, in-depth patent drafting and patent prosecution courses. Claim a discount on their courses by mentioning Patent Education Series when you enroll.

Want to join the discussion?
Feel free to contribute!