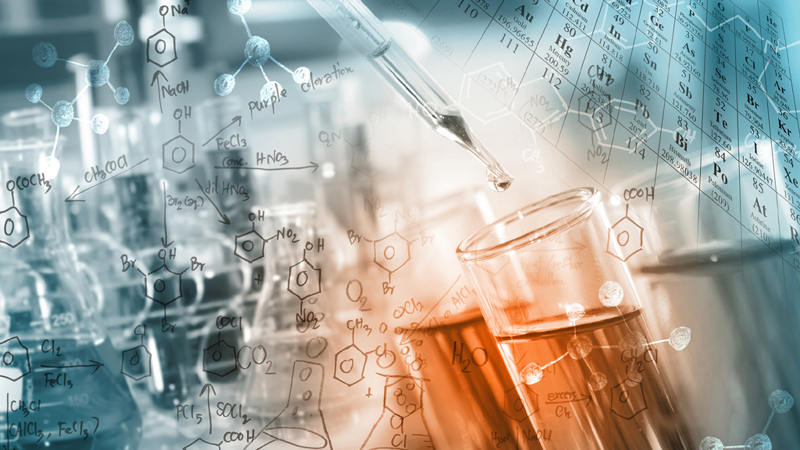 Patent Law is a specialized legal niche that involves the protection of discoveries and new inventions. Because such inventions often involve medical breakthroughs or technologies that could propel us forward from an intellectual standpoint, only intellectuals with a scientific or engineering background are eligible to sit the patent bar exam. But why would you want to learn about patents as a scientist?

Perhaps the best way to address the topic is to learn about people who moved from a science background to a federal court. Loretta Weathers traded long days crunching data at the Massachusetts Institute of Technology for high-stakes litigation. Loretta spent a few semesters at MIT in a prestigious doctoral program before abandoning the solitude of the lab to go to law school and prepare for a patent lawyer career.

Technology is a hot niche in law. As a lawyer-scientist, Ms. Weathers understood technology and could explain it to the jury. The cases are important and provide a sense of personal satisfaction, but also require a finer understanding when it comes to the bare-bones technology of it all.

In her first year as a patent lawyer, Weathers was involved in an insurance company copyright-infringement case that involved a verdict of almost $19 million. Using her math and science skills, she built a database of over 1,000 alleged infringement acts.

The Need for Patent Attorneys

An explosion of patent applications and the consequential need for lawyers to challenge new patents and protect old ones has created a demand for these specialists. Law professions are seeing a growing number of students with science and engineering backgrounds leaping into law.

Many times, recruiters may even target science alumni. And why shouldn’t they be interested? The promise of higher salaries provides a powerful lure for some students who might otherwise gravitate toward a career in science. A University of Pennsylvania law professor, R. Polk Wagner, is now seeing more people with technical backgrounds coming into law school or applying to sit the patent bar exam. Ms. Weathers was a protégé of his.

The prospect of scientists jumping into law may be intimidating, as the question of who will be making the scientific breakthroughs if all the scientists are caught up in the legality of trademarking arises. However, a Stanford University law student, Dan Knauss, has a doctorate in microbiology. He concluded that academia presents a path that is too narrow.

Knauss feels people who go into law after leaving technical fields want to be involved where science meets society, whereas simply pursuing a higher level of education in a very specific field offers fewer career options, although law may offer tedious litigation that is less rewarding for scientists than the innovation that can come from a career in medicine or lab studies.

Mark Lemley, a professor at Stanford and a patent lawyer, sees changes in the legal landscape in his classroom. In addition to the usual law students having a liberal arts background, there is an increase in the number of science majors with various backgrounds and of varying ages. His course in Intellectual Property had 140 students. It was the largest law school class.

15 years ago, that kind of enrollment was inconceivable. Stanford is leading the pack as one of a few law schools offering joint degree programs in law and science. Dean of Stanford law school, Larry Kramer, sensed a need for the program as the legal landscape evolved.

Compared to an academic science career, the patent law field is lucrative. Recent grads who land a job with top law firms will earn in the neighborhood of $160,000. The salary of someone with a federal clerkship or postgraduate science degree could be more.

Weathers acknowledges more money is made by a patent lawyer than a scientist or researcher. The money was not her motivation. A native of Thailand, Ramon Tabtiang disagrees. After earning a biochemistry doctorate at the University of California, San Francisco, he spent two years doing postdoctoral work at MIT.

He studied for his law degree while a full-time employee at a Boston law firm, Fish & Richardson, as a technical specialist. Tabtiang felt future life science breakthroughs would be, at best, incremental.  Academia intellectual freedom comes at a price: a lower salary.

Mr. Tabtiang uses his scientific training for such things as helping a pharmaceutical firm seek a patent for a new drug or helping universities form startup companies. Stepping outside the lab made him realize science and law are alternate universes each with their flaws and attractions.

After working with a patent attorney in preparing a researched-based application for a doctorate, William J. Simmons learned peer reviews and scientific patent standards are different. Writing the two requires different approaches.

The analytical skills he gained from this scientific training applied to assessing the worthiness of a patent. Simmons realized a patent law career had practical advantages over an academic career.

The funds for researching academic science are insufficient. Funding requirements are exceptionally high. Qualified and capable scientists are not being funded. At the same time, there is a shortage of qualified people with science and law knowledge to work in patent law.

There is an increasing need for new patent expertise in the biotech industry. Making a transition into patent law does not require blazing a new path. Patent law is a well-established career conduit for scientists.

Nearly all examiners in the United States Patent and Trademark Office biotechnology group have conducted scientific research and have a Ph.D. Most biotechnology patent attorneys have Ph.D.s in science. Many have postdoctoral experience.

The frequent developments in bioscience make the work unpredictable and dynamic. Patent attorneys are exposed to discoveries before the general public. The career provides a glimpse into the future. The legal aspect is also dynamic. The courts and Congress are sorting out the legal biotech patent framework.

The tenuous decisions impact those depending on and working in patent law. The ownership and strength of gene patents affect the future of biotech companies. Potential revision of patent law makes biotechnology patent attorneys staying abreast of law development essential so they can appropriately advise clients.

Ultimately, scientists can benefit from having a second career option as the field of academia can lead them down a very specific career path and grants can be hard to come by. Additionally, when it comes to technological and medical advances, the people on the ground floor of decision makers should not only be equipped with the legal knowledge to win a case but also with the background to truly understand the repercussions of pushing a patent through or denying one on the world around them. Salaries aside, that seems a very good reason to explore the field of patent law if you are a scientist.